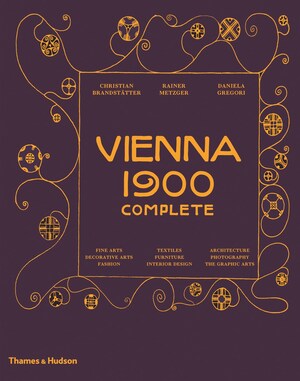 At the turn of the 20th century, Vienna became an epicenter for new thought, increasingly running counter to the prevalent conservatism symbolized by the neo-classical facades of the buildings in the city’s Ringstrasse. During the time of the modernist movement led by Gustav Klimt, Josef Hoffmann, and Koloman Moser, among others, a multidisciplinary environment emerged in which music, writing, and intellectual thought flourished, bringing different arts together in a “Gesamtkunstwerk” a total work of art.

Covering all artistic fields, from painting to photography, the Wiener Werkstatte and decorative arts, fashion and architecture of fin-de-siecle Vienna and including biographies for featured artists, Vienna 1900 Complete is an unprecedented compilation of richly colored images curated and authored in a single volume by three leading scholars of the period.

Christian Brandstätter is the author of numerous books about Viennese art of the 20th century.

Daniela Gregori studied Art History in Vienna and Hamburg. She is an author and journalist who works especially in the field of applied arts.

Rainer Metzger has written widely on art and music, including volumes on Van Gogh, Chagall, John Cage and Erik Satie. He has been a professor at the Karlsruhe Academy of Art since 2004.