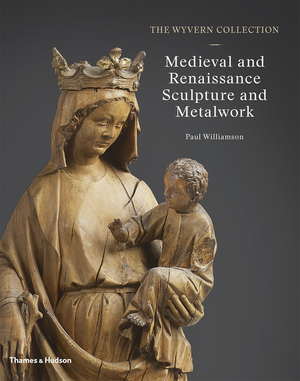 This is the definitive catalogue of one of the most important collections of medieval art that exists in private hands, not previously accessible to the public. Comprised of outstanding European sculptures of the medieval period, as well as some Late Antique and Byzantine pieces and related works of the post-medieval era, this stunning volume includes detailed descriptions of many items rarely or never before seen in print.

The featured objects are made from wood, stone (including alabaster and marble), terra- cotta, and metal— mostly consisting of crucifix figures (corpora) and other functional metalware, such as aquamanilia (water vessels for the washing of hands) and candlesticks—all of which are beautifully showcased by specially commissioned photography.