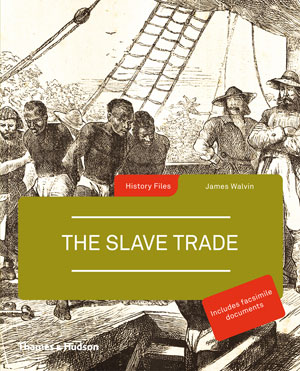 The sixteenth-century Spanish and Portuguese explorers who went to Africa in search of gold discovered an even more lucrative cargo: slaves. A hugely profitable transatlantic trade in human lives soon developed, linking the continents of Europe, Africa, and the Americas, and great fortunes were built. Africans and their descendants cultivated sugar throughout the Caribbean and Brazil, and tobacco, cotton, and rice in the American South. A fervent abolitionist campaign eventually succeeded in changing public opinion and forced governments to outlaw it, but the Atlantic slave trade persisted well into the nineteenth century, with incalculable human costs.

James Walvin is an expert guide to the origins, development, eventual abolition, and legacies of the slave trade, focusing on the experiences of those who lived through slavery. The ten facsimile documents include plans and logs of slave ships and auction sale notices as well as private letters and emancipation proclamations. A wealth of evocative images—photographs, paintings, objects, and contemporary maps—give further insight into the horrors and global impact of the transatlantic slave trade.

James Walvin is Professor Emeritus of History at the University of York in England and an authority on the slave trade. His recent books include The Trader, the Owner, the Slave; A Short History of Slavery; and The Slave Trade.