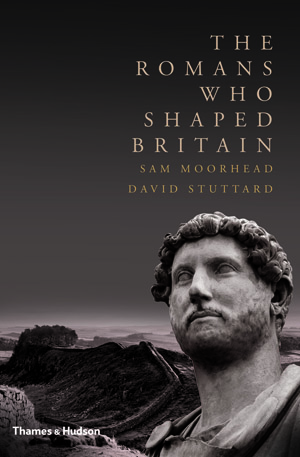 Here are the stories of the people who built and ruled Roman Britain, from the eagle-bearer who leaped off Caesar’s ship into the waves at Walmer in 55BC to the last cavalry units to withdraw from the island under their dragon standards in the early fifth century AD.

Through the lives of its generals and governors, this book explores the narrative of Britannia as an integral and often troublesome part of Rome’s empire, a hard-won province whose mineral wealth and agricultural prosperity made it crucial to the stability of the West. But Britannia did not exist in a vacuum, and the authors set it in an international context to give a vivid account of the pressures and events that had a profound impact on its people and its history.

The authors discuss the lives and actions of the Roman occupiers against the backdrop of an evolving landscape, where Iron Age shrines were replaced by marble temples and industrial-scale factories and granaries sprang up across the countryside.

Based on current scholarly research, provides a refreshing alternative that follows the saga of Roman Britain over five centuries through the individuals who placed their stamp on its exciting history.

Sam Moorhead of the British Museum was voted Archaeologist of the Year at the 2011 British Archaeology Awards.

David Stuttard is the author of many books on classical antiquity, including Greek Mythology: A Traveler’s Guide from Mount Olympus to Troy, The Romans Who Shaped Britain, and the recent Nemesis: Alcibiades and the Fall of Athens.