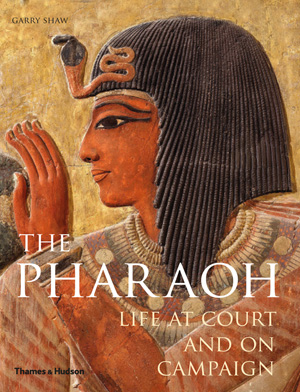 The pharaoh is the iconic ruler from the ancient world, immortalized in stone and gold and celebrated today in countless films and books. But how did these monarchs—mortals who lived and died like anyone else—spend their days? How did they become pharaoh? How did they govern and how were they entertained? In this vividly written and authoritative account, Garry Shaw conveys the full experience of what it was like to be pharaoh, from birth to death, in private and in public, at court and on campaign, and shows how a uniquely Egyptian vision of kingship, with its complex ideology and regalia, evolved. We follow daily events, from waking up in the palace to evenings spent banqueting; in between, the king acted as lawmaker, judge, and priest. The most important ceremonies are compellingly described, including accession, coronation, and the royal funeral, as well as the pomp and protocol of an audience before the monarch. Supplemented by numerous box features, from the internal decoration of pyramids and the women who became pharaoh to pharaonic pets, as well as quotations from contemporary sources and a king list with brief biographies of all the major pharaohs, this beautifully illustrated volume provides a comprehensive insight into the Egyptian pharaoh and his world.

Highly recommended for anyone with an interest in the civilization of ancient Egypt.

This clearly written, lavishly illustrated volume presents an account of Egyptian pharaohs in their multifaceted roles in a manner that breathes life into the more conventional, monotone depictions…Highly recommended to the general reader.

Garry J. Shaw completed his doctorate in Egyptology at the University of Liverpool, and has taught at the at the American University in Cairo.