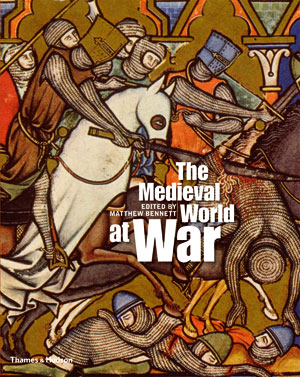 Spanning some 1,000 years from the fall of the Roman Empire to the Reformation, the medieval period was a time of immense diversity in military practice. The Medieval World at War brings together accounts not only of European and Middle Eastern warfare but also of Central Asian, Indian, Chinese, and Japanese conflict.

Organized chronologically in ten chapters, the book ranges widely from Charlemagne’s empire building, the Viking invasions of northern Europe, and the Christian crusades against Islam to Mongol horse-archers, the Teutonic knights of Germany, the gunpowder revolution, the Ottoman threat to Europe, and Samurai warfare.

Incorporating vivid accounts of tactics, troop types, battles, fortifications, and siege techniques, the contributors examine the underlying political and military strategies that were shaped by the clash of very different social and ideological systems. Feature boxes focus on topics ranging from battles such as Agincourt and the siege of Constantinople to weaponry and armor, while eyewitness accounts of battles and other major events bring the story dramatically to life.

Outstanding are the book’s lavish illustrations, which are both numerous and well presented. A useful reference book

Military developments from the Dark Ages to the Reformation are covered with insight in a richly illustrated book.

Matthew Bennett is a Senior Lecturer at The Royal Military Academy Sandhurst.