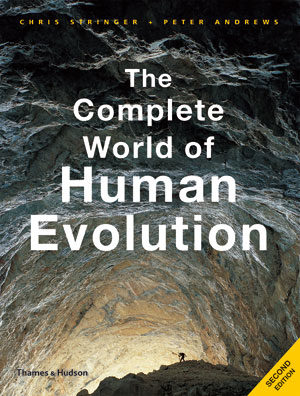 The earliest apes evolved around twenty million years ago, yet Homo sapiens has existed for a mere 160,000 years. In the intervening period, dozens of species of early ape and human have lived and died out, leaving behind the fossilized remains that have helped to make the detailed picture of our evolution revealed here.

Since this book was first published in 2005 there have been exciting new developments in the story of ape and human evolution, and the authors take account of them in this revised edition. The big gap in the fossil record in Africa is beginning to be filled with the discovery of several new species of apes in Kenya and Ethiopia that date from ten to nine million years ago. There are new discoveries of Australopithecus, updates on the dating of hominin sites, results of new DNA analyses, and much more.

Illustrated with photographs, diagrams, and reconstruction drawings, this is essential reading for anyone interested in human origins.

Its style and format make it accessible—and attractive—to a far larger audience and it deserves the widest readership.

…a readable introduction to human evolution.

A spectacular, authoritative guide…It will bring you up to speed on even the most recent discoveries.

Nicely illustrated with a good selection of black-and-white and full-color photographs and drawings.

A lavishly illustrated account …clearly and authoritatively written …describes how the human species evolved into the most successful invasive on Earth.

Chris Stringer is Head of Human Origins at the Natural History Museum, London.

Peter Andrews is the former Head of Human Origins at the Natural History Museum, London.