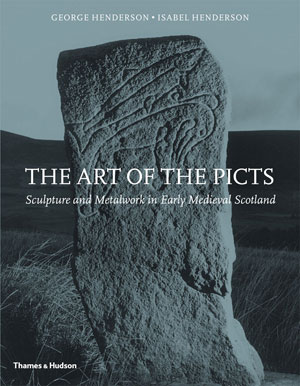 Drawing on their extensive research and expertise, renowned historians George and Isabel Henderson illuminate one of the great enigmas of medieval art: the unique metalwork and sculpture of the Picts. Tribal Celtic-speaking warriors and farmers in what is now Scotland, the Picts were one of the major peoples of early medieval Britain, but their culture and their beautiful art have puzzled historians for centuries.

George and Isabel Henderson’s acute analysis reveals an art form that both interacted with the currents of “Insular” art and was produced by a sophisticated society capable of sustaining large-scale art programs. The illustrations include specially commissioned drawings that help one understand the mysterious symbols found in the art.

George Henderson is Emeritus Professor of Medieval Art at the University of Cambridge.

Isabel Henderson is widely acknowledged as one of the world’s leading authorities on the Picts and their culture.