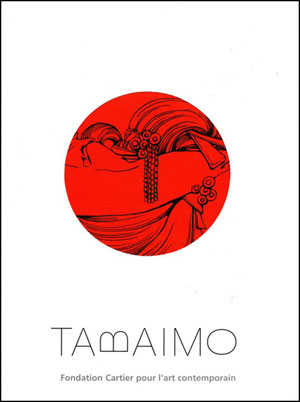 The first monograph published outside of Japan on this cutting-edge artist. Ayako Tabata, nicknamed Tabaimo—meaning Tabata’s little sister—has established herself as one of the most original figures on the Japanese contemporary art scene. In 1999, at the age of twenty-three, she created her first video works and won the prestigious Kirin Contemporary Award. In 2001, she was the youngest artist invited to participate in the Yokohama Trienniale.

Her style—animated films that combine drawings evoking the handmade nature of traditional Japanese wood prints with sophisticated computer technology—provides a brutally honest glimpse into Japanese city life through powerful, dreamlike images. Published to accompany an exhibition at the Fondation Cartier in Paris, this book explores three video installations: Japanese Commuter Train (2001), Haunted House (2003), and Midnight Sea (2006). These works reveal the violence of ordinary situations in an apparently gentle manner, playing on the transition between the normal and the abnormal, imperceptibly shifting from scenes of everyday life to deeply enigmatic, fascinating, and often disturbing situations. 100 illustrations, 60 in color.