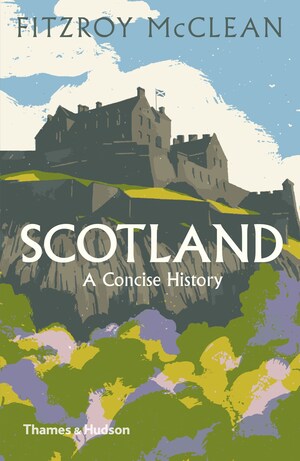 Bringing the story of Scotland up to date, this revised fifth edition of Fitzroy Maclean’s classic work includes additional chapters by distinguished journalist Magnus Linklater. Linklater examines how the new Scottish parliament has fared and discusses significant events, such as devolution and the transfer of taxation rights from Westminster, the release of the Lockerbie bomber, and the fallout from the 2008 global financial crash. This edition also touches on the independence referendum, the future of the United Kingdom now that the Scottish National Party is in power, and Britain’s impending exit from the European Union.

Written with wit and scholarship, Scotland presents a highly readable account that disentangles the complex history of Scotland from its beginnings to the present. This book offers a rich record of Scotland’s art, politics, intellectual life, and national identity.

Magnus Linklater writes regularly for The Scotsman and The Times and was a contributor to The Great Cities in History.

Fitzroy Maclean held important posts in the British diplomatic service, armed forces, and government. His books include Highlanders: A History of the Highland Clans.