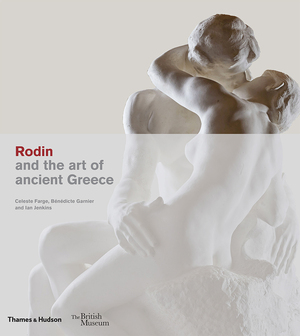 Rodin, famous for The Thinker and The Kiss, was captivated by the sculptures of Classical antiquity and he constantly reworked and assimilated the forms of ancient Greek and Roman art in his own work. Rodin visited the British Museum for the first time in the summer of 1881 and there greatly admired the sculptures of the Parthenon. Before he saw the originals, he was already acquainted with plaster casts of them displayed in the École des Beaux-Arts, Paris. The Parthenon sculptures continued to be a major influence on his own work and he visited them frequently on his return visits to London. He also amassed a huge collection of fragments of ancient sculpture that served as a great source of inspiration.

An introduction to this volume, published to accompany an exhibition at the British Museum, by Hartwig Fischer, the Museum’s director, reflects on the internationalism of the Parthenon sculptures and their global reach, and essays by the curators of the exhibition tell the story of their reception in the modern era, and chart the lifelong relationship between these sculptures and Rodin. The works featured are arranged thematically, with sections on Rodin’s Parthenon, Truth to Nature, the Monument, the Fragment and Motion and Emotion. The book includes examples of Rodin’s drawings as well as his sculpture.

Celeste Farge is project curator of the exhibition and cataloguer of prints and drawings at the British Museum.

Bénédicte Garnier is curator at the Musée Rodin in Paris.

Ian Jenkins is senior curator at the British Museum in London, where he is responsible for the ancient Greek collections.