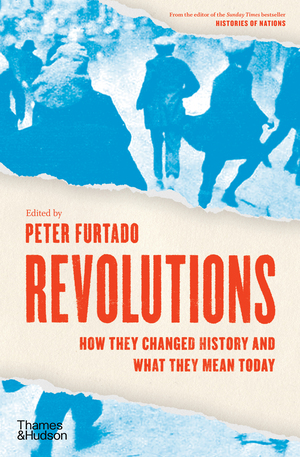 Leading historians from around the world reflect on the great revolutions of modern history and explore their lasting legacies.

Whether it’s because their rhetoric—“liberty, fraternity, equality”—articulates those ideals to which we most aspire, or because we are shocked by the destructive forces that are unleashed when social conventions break down, revolutions hold a distinct place in the popular imagination. And while all revolutions are born of civil unrest, each is unique in that it’s a product of its time, its society, and its people, and the outcomes vary dramatically, from liberal reform to cruel dictatorship.

In Revolutions, the follow-up to the bestselling Histories of Nations, twenty-four leading historians—most writing about their country of origin—consider global revolutions, from England’s Glorious Revolution of 1688 and the American Revolution in 1776 to the Irish Revolution in the early twentieth century and the Arab Spring of 2011. Reflecting not only on their causes, crises, and outcomes, but also on their legacies and implications in today’s society, these historians answer key questions: What were the main events and dominant ideologies? Who were the leading protagonists? Are revolutionary pasts remembered critically in national history, mythologized, or even hidden? And why?

Authoritative and enlightening, Revolutions reflects on the events, ideologies, and legacies of twenty-four revolutions from the seventeenth century to the present day, providing an overview of some of the most politically significant events in modern history.

Peter Furtado is the editor of Histories of Nations, History Day by Day, and Great Cities Through Travelers’ Eyes. He is the former editor of History Today, the world’s leading history magazine.