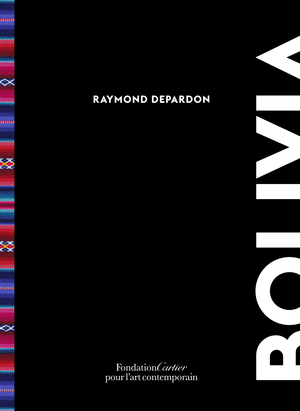 Captured on five different trips between 1997 and 2015, Raymond Depardon: Bolivia features timeless photographs of the country, where the rural and indigenous populations live primarily from the land. Raymond Depardon’s black-and-white photography highlights the harsh beauty of the landscape of Bolivia, the ravaged faces of the peasants, the omnipresent silhouettes of women, and the power of ancestral traditions.

From the desert plains of Salar d’Uyuni and the mountain village of Tarabuco to the serenity of Lake Titicaca, Depardon takes us on a journey filled with humanity, culminating in the discovery of Vallegrande, in the footsteps of Che Guevara, whose image has had a lasting and profound impact on the collective memory.

Filmmaker, photographer, and international journalist, Depardon holds a unique place in the field of the contemporary image. In 1967, he cofounded the Gamma Agency, and in 1978, he joined the Magnum Agency for whom he would carry out reports all over the world through the beginning of the 1980s. While continuing to practice photography on a daily basis, he later turned his attention to documentary film.

Raymond Depardon is a French photographer, filmmaker, and journalist. He has published more than fifty books on photography.