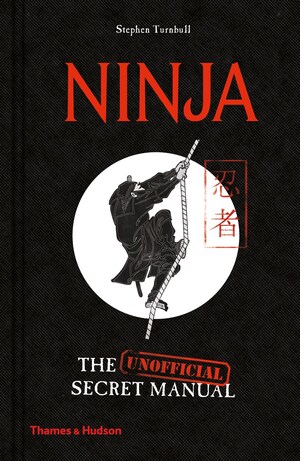 Ninjas—Japan’s famous black-clad spies, saboteurs, and undercover fighters, equipped with superb martial arts skills and an uncanny aptitude for sneakiness—are the stuff of myth and legend. In the present day, movies, comic books, theme parks, and computer games have all been dedicated to the ninja. Folklore and entertaining tales concerning ninjas remain immensely popular as the Ninja has captured a central place in the cultural imagination, both in Japan and in the West.

Ninja takes the reader to Japan in 1789, conveying the excitement, danger, and subterfuge of the period. Based on original ninjutsu training manuals, it teaches precisely what is required to become a ninja. Illustrated throughout with contemporary artifacts, documents, and prints taken from the original manuals, as well as modern reconstructions, this lighthearted but informative guide covers every aspect of what it was really like to be a ninja in Japan.

Stephen Turnbull is a writer and historian specializing in military history, particularly that of Japan. He is a lecturer on Japanese religion at Leeds University and a visiting professor of Japanese studies at Akita International University in Japan. He is the author of many other books on Japan and warriors, including Samurai: The Japanese Warrior’s (Unofficial) Manual, and he presented the inaugural lecture for the International Ninja Research Center at Mie University, Japan.