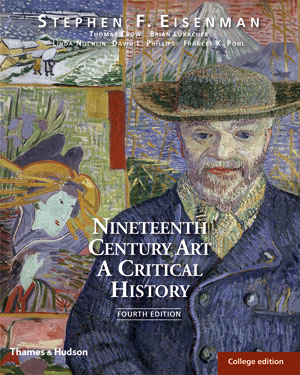 Since its first publication in 1994, this book has established itself as the most popular and highly regarded textbook in the field. It embraces many aspects of the so-called “new” art history while at the same time emphasizing the remarkable vitality, salience, and subversiveness of the era’s best art.

The new edition includes four revised chapters together with a substantially expanded chapter on photography. With more than a dozen new images, this rich and diverse volume will interest students, specialists, and anyone fascinated by this dynamic period.

Handsomely illustrated…The interpretations of [the artists'] work are thoughtful.

An impressive encyclopedic volume…such vigor, clarity, and scholarship that it must be regarded as required reading.

Frances K. Pohl is the Dr. Mary Ann Vanderzyl Reynolds Professor of Humanities and Professor of Art History at Pomona College in Claremont, California. She received her Ph.D. from the University of California, Los Angeles. Since moving to Pomona in 1985, she has taught a wide variety of courses in nineteenth- and twentieth-century North American art. Her work has focused on the art of the United States, in particular the work of Ben Shahn, about whom she has written two books, and the relationship between the visual arts and working-class culture. Professor Pohl has taught in the United States for many years, but her Canadian origins give her a unique continental perspective on American art.