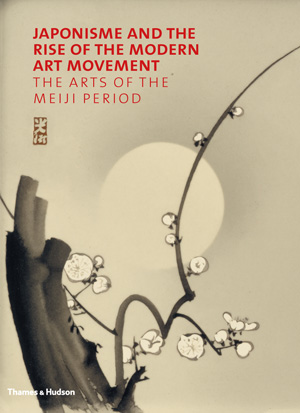 From the 1860s to the 1890s, the rise of Japonisme and the Art Nouveau movement meant few could ignore or resist the obsession with all things Japanese. Superbly crafted and often highly decorated Japanese objects—lacquer, metalwork, ceramics, enamels, and other decorative items—stimulated and inspired Western artists and craftsmen to produce their own works. Arts of the Meiji period (1868–1912) were displayed at international exhibitions, in the galleries of influential dealers, and at fashionable stores.

Artists from van Gogh, Whistler, Monet, and Edouard Manet to Klimt and Schiele were all, to varying degrees, influenced by the Japanese art. Van Gogh himself stated that he owed his inspiration to Japanese art, but he was probably not conscious of the full extent to which art in Europe had already been influenced by that of Japan.

These beautiful objects certainly reflect the process by which Western artists derived inspiration from the material culture of Japan.

Accessible to general readers who will be drawn by the attractive book design and abundant photographs of the best examples of Meiji craft arts.

An extremely thorough study of the influences of Japanese art from the Meiji period…Highly recommended.

Gregory Irvine, Senior Curator in the Asian department of the Victoria and Albert Museum, has published widely on many aspects of Japanese art, and has held senior teaching positions both in the UK and Japan. There are also essays by Tayfun Belgin, John House, Axel Rüger,  Kris Schiermeir, and Hiroko Yokomizo. He lives in London.