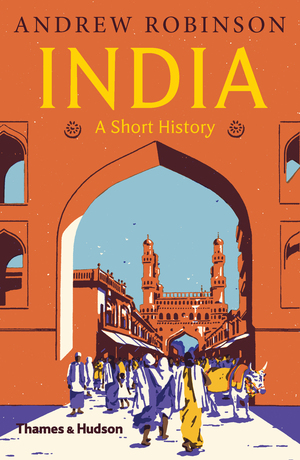 Throughout its long history, India has signified many things. To pilgrims from ancient China, India was the birthplace of the Buddha. To Alexander the Great, it was a land of philosophers and armies mounted on elephants. To ancient Rome, it was a source of luxuries. At the height of the Mughal Empire in 1700, India meant wealth, boasting nearly 25 percent of the world economy, but then, under British rule, its economy declined.

India’s identity continued changing in the nineteenth century as colonial India was known for its extremes of wealth and poverty—epitomized by the Taj Mahal and famines, maharajas and untouchables—as well as for its spirituality: many- armed Hindu gods, Sufi saints and Buddhist philosophy, Mahatma Gandhi and Rabindranath Tagore.

This short history of India places as much emphasis on individuals, ideas, and cultures as on the rise and fall of kingdoms, political parties, and economies, telling a new story on a different scale.