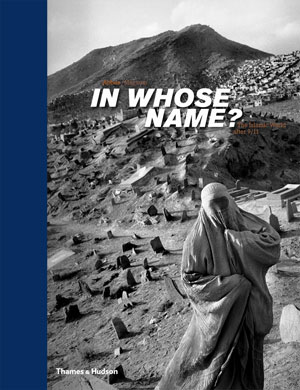 On September 11, 2001, the photographer Abbas watched the World Trade Center towers fall in New York—live on Siberian TV. It spurred him to begin a journey through the Islamic world that would last seven years. The photographs published here are the final result of that project.

Born in Iran, Abbas casts a sharp eye over a world seen by few from the West. Seeking out people and places that have been overlooked by others, he reveals far more—and in greater depth—than photojournalists who focus on flashpoints or who race to break the latest news. Abbas is acclaimed for his special ability to freeze a moment in a particular social or political conflict, to frame actions or gestures that instantly become emblematic: what he calls “the suspended moment.”

Recording a route through sixteen countries—including Iran, Iraq, Lebanon, Afghanistan, Saudi Arabia, Israel, Palestine, Turkey, Indonesia, Thailand, Kenya, and Zanzibar—Abbas’s pictures and the excerpts from his candid diary reflect the undercurrents of global disturbance, uncertainty, and threat. Yet there are gleams of optimism, too—a wedding, an impromptu ball game—that remind us of Abbas’s gift as a humane interpreter of our existence.

A sprawling survey of contemporary Islamic culture…. A book like this is a chance to forge something thoughtful and lasting out of events that flashed by as confusing headlines. The photos here are presented with care and avoid the clichés of news coverage.

Abbas was born in Iran and lives in Paris. He has been a member of Magnum since 1981.