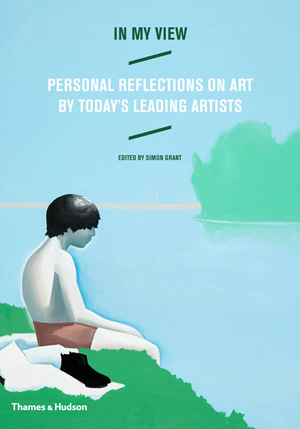 More than seventy-five of today’s leading international artists write about an individual artist whose work has influenced, moved, or inspired them

Behind the closed door of the contemporary artist’s studio is a hidden world of images—those artworks from the distant or near past that have animated, troubled, consoled, or inspired the artists of today. This book reveals that hidden world, presenting an intimate guide to the imaginations of today’s leading practitioners through the works they love best. Artworks ranging from the fifteenth to the mid-twentieth centuries are featured, often supplemented by reproductions of work by the selecting artists. Intimate and evocative, the stories speak of the challenges, provocations, revelations, and delights that can be found when one artist looks closely at the work of another. Some artist-contributors provide unusual perspectives on familiar figures from art history—including Thomas Demand on Paolo Uccello, Miroslaw Balka on Michelangelo, Vik Muniz on Peter Paul Rubens, Juli\xc3\x83\xc2\xa3o Sarmento on Eugene Delacroix, Joan Fontcuberta on Louis Daguerre, and Eija- Liisa Ahtila on Pablo Picasso. Others select lesser-known artists, from Jean-Marc Bustamante on Pieter Saenredam, Francesco Clemente on Henry Fuseli, and Tomma Abts on It\xc3\x82\xc2\xafo Jakuch\xc3\x82\xc2\xafu to Erwin Wurm on Poul Gernes, Do Ho Suh on Kim Keong-Hui, and John Bock on Armand Schulthess.

Modernism often puts the emphasis on breaking with art from the past, but these contemporary artists acknowledge, and delight in, the artistic affinities they share with older artworks…Fascinating.

[The] book reframes famous art historical canon in terms of the attitudes, desires, and culture of today.

Simon Grant is a writer and art historian, and has been the editor of Tate Etc. magazine since 2004. His writings on art include catalogue essays on Paul Nash, Keith Tyson and Tacita Dean, and articles for the Guardian, Times Literary Supplement, the Independent on Sunday, Parkett and The Burlington Magazine.