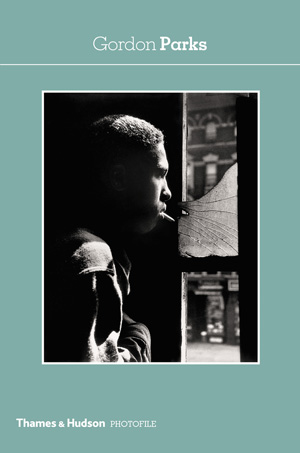 Gordon Parks (1912-2006) was a pioneering figure in 20th-century photography. The first African-American photographer to join the Farm Security Administration (FSA) and to become a staff photographer for Life magazine, he was also a writer, film director, and composer. While best known for documenting issues such as poverty, race relations, and civil rights, Parks was remarkably versatile, turning his gift for visual narrative to subjects as diverse as news reporting, fashion, art, and sports. He also captured prominent figures of his era, such as Malcolm X and Marilyn Monroe, in a series of memorable portraits. Working in the US and around the world, he was driven by a commitment to social justice: “The common search for a better world is deeper than color or blood.”

[A] visually rich collection of work by one of history's most eloquent and successful African American artists. A recent addition to Thames & Hudson's award-winning Photofile series of compact, affordable, but lavishly reproduced monographs, this newly introduced collection is an astonishing achievement.

Paul Roth is Senior Curator and Director of Photography and Media Arts at the Corcoran Gallery of Art in Washington, D.C.