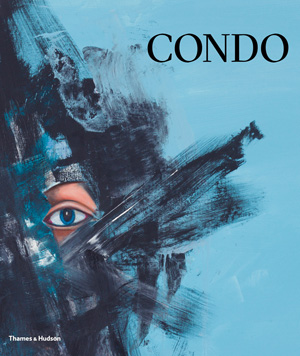 With his arresting, unsettling style, George Condo emerged from the dynamism of the New York art scene in the early 1980s, and he has been restlessly painting, drawing, and sculpting—bringing forms into the world in one way or another—ever since. Reliably inconsistent, Condo’s references and inspirations, in both style and content, ricochet deliriously around the canon of Western art history. Somewhere between his fake Tiepolos, reconfigured Manets, impossibly intricate paintings that seem to be abstract until you get up close, and his perpetually screaming cubist hags, Condo has invented, mastered, and expanded not just one painterly language but the whole lexicon.

Working closely with the artist, writer and art historian Simon Baker has combined biographical, chronological, and thematic approaches to survey George Condo’s work and career to date. An introductory essay on Condo’s contradictory nature and a chapter exploring his early career are followed by three thematic chapters that look at the years from 1980s to the present, tracing Condo’s different systematic approaches to the language of painting, exploring his relationship to the concept of abstraction, and probing the darker side of his psychological iconography.

Thoughtful writing and a generous selection of reproductions introduce a provocative artist who is less well known by modern art enthusiasts to a new audience. A thorough survey of Condo’s long career with perceptive essays describing each of the artist’s distinct modes of working, such as “artificial realism,” “unedited human disasters,” and “figurative abstractions.

beautiful volume…Baker is dextrous in examining Condo as an artist who is actively seeking out expressive possibilities associated with the dynamic visual exploration of his own individual aesthetic experiences and also creatively engaging with a history of art fractured by isolationist, stylistic classifications.

George Condo was born in Concord, New Hampshire, in 1957 and studied Art History and Music Theory at the University of Massachusetts in Lowell. He as occupied a prominent position in the art world for more than thirty years. His work is in the permanent collections of The Broad Art Foundation, Santa Monica; Centre Georges Pompidou, Paris; Museu d’Art Contemporani, Barcelona; The Metropolitan Museum of Art, New York; The Museum of Modern Art, New York; Tate, London; and the Whitney Museum of American Art, New York; among others. Condo is represented by Skarstedt Gallery, New York; and Sprüth Magers, Berlin.

Simon Baker is Curator of Photography and International Art at Tate. Prior to becoming Tate’s first curator of photography in 2009, he was Associate Professor of Art History at the University of Nottingham.  He has written widely on surrealism, photography, and contemporary art.