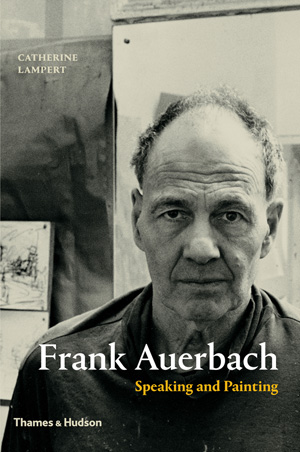 In the course of a career covering more than sixty years, Frank Auerbach has established a still growing international reputation for his paintings of friends, family, and surroundings in north London, with his vigorous, precise brushwork, and for his insistence on working until the picture emerges, free of all “possible explanations.”

Catherine Lampert, an art historian and the curator of a major Auerbach retrospective at the Kunstmuseum Bonn and Tate Britain, has had unique access to the artist since 1978, when she became one of his sitters. Drawing on her conversations with Auerbach and from published and archival interviews, she offers rare insight into his professional life, working methods, and philosophy, as well as the places, people, and experiences that have shaped his life. These include arriving in Britain as a seven-year-old refugee from Nazi Germany in 1939, finding his way in the London art world of the 1950s and 60s, his friendships with Leon Kossoff, Francis Bacon, and Lucian Freud, among others, and his approaches to looking and painting throughout his working life. The text is complemented by illustrations of Auerbach’s paintings and drawings as well as by images from his studio and personal photographs that have never been published before.

Catherine Lampert is an independent curator and art historian. She has curated numerous exhibitions at the Hayward Gallery, the Royal Academy of the Arts, and the Whitechapel Gallery, where she was director from 1988 to 2001. The subjects of these exhibitions have ranged from old to contemporary masters, including Auguste Rodin, Honoré Daumier, Frank Auerbach, Lucian Freud, Peter Doig, and Michael Andrews. She has also been responsible for exhibitions at European museums, and in 2014 she co-curated “Bare Life,” an exhibition of postwar British figurative painting at the LWL-Museum für Kunst und Kultur in Münster. Her publications include Francis Alÿs: The Prophet and the Fly and Euan Uglow: The Complete Paintings.