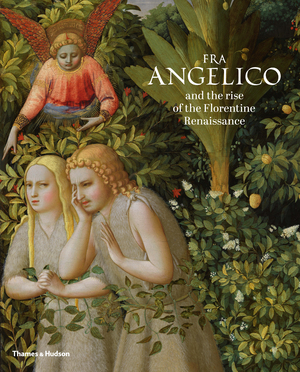 One of the great fifteenth-century masters, Fra Angelico was one of several painters who shaped the beginnings of the Florentine Renaissance. Although, because of his occupation as a friar, he is sometimes considered separately from his contemporaries, including Masaccio, Masolino, Paolo Uccello, Filippo Lippi, Lorenzo Ghiberti, Donatello, Nanni di Banco, and Filippo Brunelleschi, Fra Angelico and the Rise of the Florentine Renaissance examines his early works and shows that not only was he a participant in the artistic culture of the time, but also a key innovator. Angelico’s breakthrough work from the mid-1420s, the Prado’s great Annunciation altarpiece, is regarded as the first Renaissance-style altarpiece in Florence.

Published to accompany the exhibition “Fra Angelico and the Rise of the Florentine Renaissance” at the Museo Nacional del Prado, Madrid, this book reveals the results of the Prado’s extensive conservation and technological research efforts on The Annunciation, as well as two other recently acquired Angelico paintings: the Alba Madonna and the Funeral of Saint Anthony Abbot. Vividly illustrated and deeply illuminating, this book investigates the origins of the Florentine Renaissance and positions Angelico at the heart of the story.

Carl Brandon Strehlke is emeritus curator at the Philadelphia Museum of Art.

Ana Gonzaélez Mozo is a curator at the Prado.