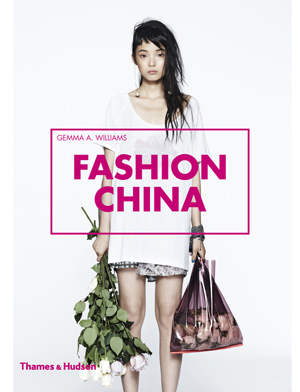 An exciting survey of the new talents in fashion design from China, curated by a panel of Chinese style experts

Like its economy and art scene, Chinese fashion is on the rise, with an increasingly prominent international presence. Spurred by a new generation of creative and ambitious designers, and championed by actresses like Fan Bingbing and Zhang Ziyi, as well as China’s First Lady, Peng Liyuan, Chinese fashion now walks the runways, not only in Shanghai and Beijing but also in London, Paris, Tokyo, and New York.

Fashion China is an important new survey of the top Chinese fashion designers working today, selected for the book by a jury of experts on Chinese fashion that includes supermodel Liu Wen; Director of Harper’s Bazaar China, Lucia Liu; and TV host and fashion writer Hung Huang. Profiles of each designer include a description of their styles and an interview with Gemma Williams, exploring their training, inspiration, and technical approaches. These are accompanied by 450 illustrations offering a rich survey of the looks that make Chinese fashion unique.

From the opulent couture of Guo Pei to the minimalist ready-to-wear of Uma Wang and the surreal structuralism of Xiao Li, the designers featured here offer an unexpected and enticing combination of tradition and modernity, of Asian heritage and Western influence.

Features 41 design talents from China, including eveningwear specialist Guo Pei, Uma Wang's voluminous silhouettes and designers—such as Huishan Zhang—who have moved from China to make their mark on foreign markets.

Gemma Williams is the former Curator of the Fashion Space Gallery at London College of Fashion. She lives in London.