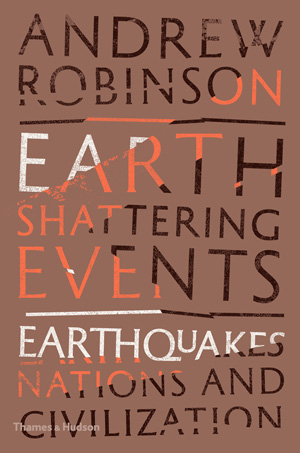 Since antiquity, on every continent, human beings in search of attractive landscapes and economic prosperity have made a Faustian bargain with the risk of devastation by an earthquake. Today, around half of the world’s largest cities - as many as sixty - lie in areas of major seismic activity. Many, such as Lisbon, Naples, San Francisco, Teheran, and Tokyo, have been severely damaged or destroyed by earthquakes in the past. But throughout history, starting with ancient Jericho, Rome, and Sparta, cities have proved to be extraordinarily resilient: only one, Port Royal in the Caribbean, was abandoned after an earthquake.

Earth-Shattering Events seeks to understand exactly how humans and earthquakes have interacted, not only in the short term but also in the long perspective of history. In some cases, physical devastation has been followed by decline. But in others, the political and economic reverberations of earthquake disasters have presented opportunities for renewal. After its wholesale destruction in 1906, San Francisco went on to flourish, eventually giving birth to the high-tech industrial area on the San Andreas fault known as Silicon Valley. An earthquake in Caracas in 1812 triggered the creation of new nations in the liberation of South America from Spanish rule. Another in Tangshan in 1976 catalysed the transformation of China into the world’s second largest economy. The growth of the scientific study of earthquakes is woven into this far-reaching history. It began with a series of earthquakes in England in 1750.

Today, seismologists can monitor the vibration of the planet second by second and the movement of tectonic plates millimeter by millimeter. Yet, even in the 21st century, great earthquakes are still essentially “acts of God,” striking with much less warning than volcanoes, floods, hurricanes, and even tornadoes and tsunamis.

A truly welcome and refreshing study that puts earthquake impact on history into a proper perspective.

An ambitious argument that earthquakes change the course of history.

An engaging mixture of fact, anecdote, and historical analysis… Robinson has a talent for evoking chaos and, unavoidably, his brain-melting descriptions have a disaster-movie quality—it's hard to tear your eyes away from the page.

A fascinating and fact-rich study of earthquakes and their consequences [and an] innovative and persuasive book… Robinson's sequences of consequences are enlightening and intriguing.

A highly readable and informed introduction to the history of earthquakes… Robinson offers a balanced analysis, highlighting connections between major earthquakes and historical developments while avoiding the pitfalls of environmental determinism. A skilled writer, Robinson provides engaging accounts of specific disasters and their impact. Highly recommended.