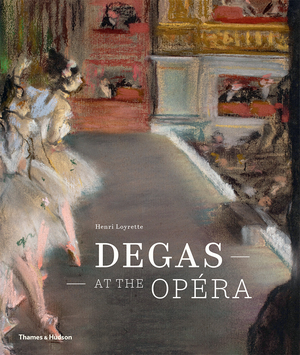 From his debut in the 1860s up to his final works after 1900, the Paris Opera formed a focal point of Edgar Degas’s paintings. He explored the theater’s various spaces—auditorium and stage, private boxes, foyers, and dance studios—and painted those who frequented them: dancers, singers, orchestral musicians, audience members, and subscribers watching from the wings. This theater presented a microcosm of infinite possibilities, allowing him to experiment with multiple points of view, contrasting lighting, motion, and the precision of movement.

This catalog, created in concert with an exhibition at the Muse´e d’Orsay in Paris, and the National Gallery of Art in Washington, DC, considers the Paris Opera’s influence on Degas as a whole, examining not only his passionate relationship with the house and his musical tastes, but also the infinite resources of the opera’s marvelous toolbox. Filled with striking reproductions of Degas’s work and including insightful essays by leading curators and scholars, Degas at the Opera offers admission into the world of Degas and the Paris Opera of the nineteenth century.