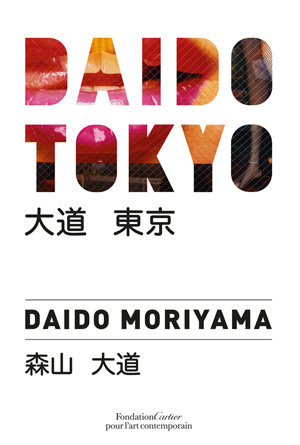 Daido Moriyama (born 1938 in Ikeda, Japan) invented a new visual language with his work beginning in the mid-1960s. Frenetic and tormented, it depicted a reality that was grainy, blurry, and out-of-focus. Witness to the spectacular changes that trans-formed postwar Japan, his photographs express the contradictions in a country where age-old traditions persist within a modern society. Often blurred, taken from vertiginous angles, or overwhelmed by close-ups, they show a proximity to and a particular relationship with the subject.

Published to coincide with an exhibition at the Fondation Cartier, Daido Tokyo includes many previously unpublished photographs (as well as those featured in the exhibition), and an interview with the artist.

[a] sumptuous new monograph….Daido Tokyo is a rich, intimate volume that weaves a spell, luring you into its quietly captivating world of light, texture, and form, provoking the deep, sensual pleasure of sight, reminding us that the artist is a heady combination of eye and mind

Like all of Moriyama’s books, this one invites rapid-fire, cinematic immersion. One by one, the pictures are often astounding, bravura displays of Moriyama’s mastery of light and composition. In bulk they are dizzying, a high-speed chase, and seemingly tossed off like so many phone pictures.

Daido Moriyama is a Japanese photographer. He is the recipient of the Infinity Award for Lifetime Achievement from the International Center of Photography in New York.