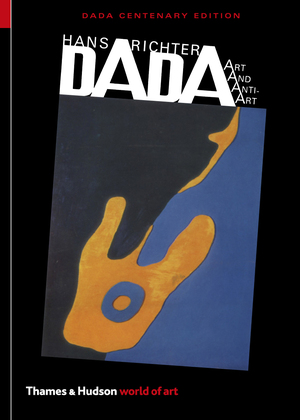 “Where and how Dada began is almost as difficult to determine as Homer’s birthplace,” writes Hans Richter, the artist and filmmaker closely associated with this radical movement from its earliest days. Here he records and traces Dada’s history, from its inception in wartime Zurich to its collapse in Paris in the 1920s, when many of its members joined the Surrealist movement, to the present day when its spirit reemerged in the 1960s in movements such as Pop Art. This absorbing eyewitness narrative is enlivened by extensive use of Dada documents, illustrations, and texts by fellow Dadaists.

To celebrate one hundred years of Dada, Thames & Hudson is reissuing this unique document exactly as it first appeared in an expanded centenary edition. This edition features a new introduction telling the story of how the book came about and an extended commentary that identifies Richter’s sources and brings the study up-to-date for a new generation of readers.

Hans Richter was well known both as a painter and film-maker. While in Zurich from 1916-20, he started the Dada movement with Hugo Ball, Tristan Tzara and others. In 1940 he left Europe for the US and became an American citizen. His films include: Vormittagspuk, Dreams that Money Can Buy, Dadascope and 8 x 8, produced in collaboration with Arp, Calder, Duchamp, Ernst, Huelsenbeck, Man Ray and others. His paintings hang in galleries throughout the world, and he is the author of several books on the cinema and art.

Michael White is a professor of history of art at York University.