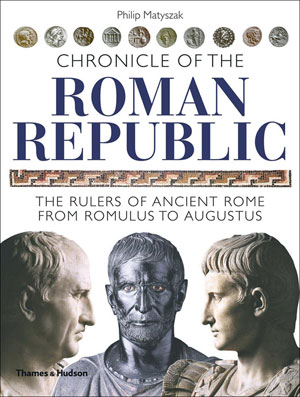 The Roman Republic was one of the most civilized societies in the ancient world, ruled by elected officials whose power was checked by a constitution so well crafted that it inspired the founding fathers of the United States of America. Here Philip Matyszak describes fifty-seven of the foremost Romans of the Republic, spanning the centuries from its birth to its bloody death and including the best and the worst of the Roman elite: Licinius Crassus, a kind father and loving husband who crucified slaves by the thousands, or Cato the Censor, upright and incorruptible, xenophobic and misogynistic.

Supported by a wealth of pictorial and archaeological detail, these personal histories provide an overview of the development and expansion of Rome, encompassing foreign and civil wars as well as social strife and key legislation. The biographies are supplemented by time lines, data files, and special features that highlight different aspects of Roman culture and society.