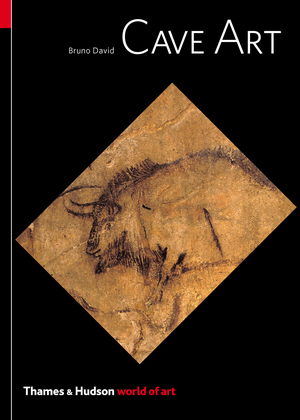 Deep underground, some of humanity’s earliest artistic endeavors have lain untouched for millennia. The dark interiors of caves, wherever they may be found, seem to have had a powerful draw for ancient peoples, who littered the cave floors with objects they had made. Later, they adorned cave walls with sacred symbols and secret knowledge, from the very first abstract symbols and handprints to complex and vivid arrangements of animals and people. Often undisturbed for many tens of thousands of years, these were among the first visual symbols that humans shared with each other, though they were made so long ago that we have entirely forgotten their meaning. However, as archaeologist Bruno David reveals, caves decorated more recently may help us to unlock their secrets.

David tells the story of this mysterious world of decorated caves, from the oldest known painting tools to the magnificent murals of the European Ice Age. Showcasing the most astounding discoveries made in more than 150 years of archaeological exploration, Cave Art explores the creative achievements of our remotest ancestors and what they tell us about the human past.

Bruno David is Associate Professor in archaeology at the Monash Indigenous Center, Monash University, Australia. His books include Hiri, the World Archaeological Congress Handbook of Landscape Archaeology, The Social Archaeology of Australian Indigenous Societies, Landscapes, Rock-Art and the Dreaming and Inscribed Landscapes. In 1994 he was awarded the inaugural Antiquity Prize for his work on the archaeology of meaning in rock art, in 2007 the Australian Archaeological Association’s Bruce Veitch Award for Excellence in Indigenous Engagement, and in 2013 the Ben Cullen Prize for writings on the social construction of caves and rockshelters. His current research involves working in partnership with Indigenous communities in northern Australia and Papua New Guinea, exploring the historical connections that people have formed with places and documenting the antiquity of rock art and its meaning to local communities today.