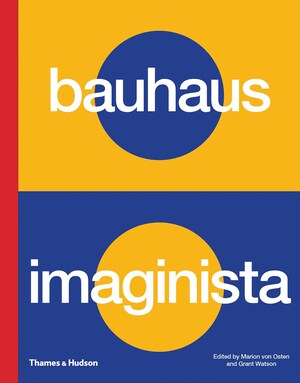 Bauhaus Imaginista marks the centennial anniversary of this fascinating and popular school of art, which championed the idea of artists working together as a community. The Bauhaus reconnected art with everyday life and was active in the fields of architecture, performance, design, and visual art. Founded by Walter Gropius, its faculty included such luminaries as Paul Klee, Wassily Kandinsky, Laészloé Moholy-Nagy, and Josef Albers.

Placing emphasis on the international dissemination and reception of the Bauhaus, this book expresses the Bauhaus’ influence, philosophy, and history beyond Germany. Rethinking the school from an international perspective, it sets its entanglements against a century of geopolitical change, as many of its artists fled World War II Germany.

Offers a rare opportunity to explore the experimental, open-ended character of Modernism as well as its inherent role in reimagining the relationship between art and society.

Marion von Osten is an artist, curator, researcher, and honorary professor at the Academy of Fine Arts, Vienna.