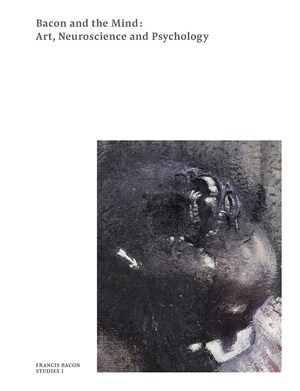 Bacon and the Mind sheds light on Francis Bacon’s art by exploring his motivations, and in so doing opens up new ways of understanding his paintings. It comprises five essays by prominent scholars in their respective disciplines, illustrated throughout by Bacon’s works. Christopher Bucklow argues compellingly that Bacon does not depict the reality of his subjects, but rather their reality for him—in his memory, in his sensibility, and in his private world of sensations and ideas. Steven Jaron’s essay questions the psychological implications of Bacon’s habitual language, his obsession with “the wound,” vulnerability, and the nervous system. Darian Leader’s essay “Bacon and the Body,” presents the latest of his fresh and stimulating insights into the artist. The focus in John Onians’s “Francis Bacon: A Neuroarthistory” is the effect of Bacon’s unconscious mental processes in the creation of his paintings. “The ‘Visual Shock’ of Francis Bacon: An Essay in Neuroaesthetics” is a newly edited and now fully illustrated re-presentation of an article by Semir Zeki, previously accessible only as an online academic paper.

Christopher Bucklow is a photographer, sculptor and painter. He was a curator at the Victoria and Albert Museum from 1978 to 1986, and has written on a very broad range of art, notably including What is in the Dwat: The Universe of Guston’s Final Decade, 2007.

Dr Steven Jaron practices as a clinical psychologist and psychoanalyst in the Department of Internal Medicine and Center for Clinical Investigation, Centre Hospitalier National d’Ophtalmologie des Quinze-Vingts, Paris. His publications include a celebrated study of the Jewish poet, Edmond Jabes: The Hazard of Exile, 2003.

Darian Leader is Honorary Visiting Professor in Psychoanalysis at Roehampton University. President of the College of Psychoanalysts and a Trustee of the Freud Museum, he has also written on art topics for more than twenty years, including the book Stealing the Mona Lisa: What Art Stops us from Seeing, 2002.

John Onians is Emeritus Professor of World Art at the University of East Anglia. He has recently sought to establish neuroarthistory as a discipline with a distinct set of methodologies. In 2016 he published European Art: A Neuroarthistory.

Semir Zeki, FMedSci, FRS, is Professor of Neuroaesthetics at University College, London. His book Splendors and Miseries of the Brain: Love, Creativity and the Quest for Human Happiness, was published in 2008.