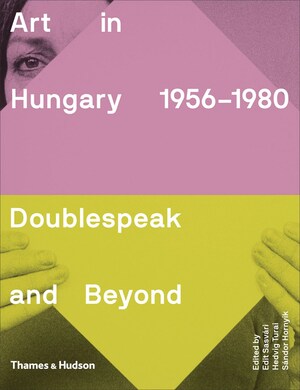 Hungary is a fascinating example in the study of art and politics. Artists of the neo-avant-garde found themselves in an increasingly isolated position, caught between the ruling communist authorities, who condemned their art as a product of capitalist cultural imperialism, and a predominantly conservative public, which rejected it as a foreign creation alien to the spirit of national culture. Interestingly, the international significance of the art produced in Hungary from the Revolution through the late twentieth century has come to the fore in recent years, noticeably through acquisitions and displays by the world’s leading galleries.

This in-depth volume, the product of a major international research effort, commits to understanding Hungarian contemporary art of the 1960s and 1970s— a time of oppressive communist rule in the aftermath of the failed revolution of 1956— in the context of the conditions in which it was created.

A fresh, richly informative, and multifaceted picture …The book provides an impressively rich and prismatically presented body of information that could serve equally well as an accessible introduction for a novice reader and as a scholarly resource for a reader already initiated into the key problematics and possibilities of art under state socialism.

Edit Sasvári is an art historian, and has been director of the PIM Kassák Múzeum in Budapest since 2010. She has been working in the museum field since 1988, and her main areas of research are historical modernism, the (neo) avant-garde, and art-related cultural policy in the 1960s and 1970s.

Hedvig Turai is an art historian and critic.

Sándor Hornyik is an art historian and curator working for the Institute for Art History of the Research Center for Humanities of the Hungarian Academy of Sciences as a senior research fellow.