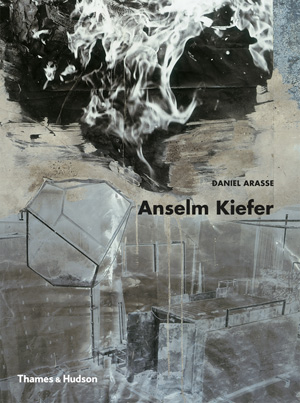 Anselm Kiefer, born in 1945, is one of the most important and controversial artists at work in the world today. Through such diverse mediums as painting, photography, artists’ books, installations, and sculpture, he has interpreted the great political and cultural issues at the heart of the modern European sensibility: the connections between memory, history, and mythology; war; the Holocaust; and ethnic and national identity. In this extensively illustrated, thoughtful survey of his work, available again in a new and compact format, author Daniel Arasse analyzes Kiefer’s education, influences, philosophy, and art, while demonstrating the unity and continuity of his work. Arasse takes as his starting point the 1980 Venice Biennale, a key moment in Kiefer’s career that marked the birth of both his international reputation and the controversy over the strong focus on German civilization that characterized much of his work.

Equal parts eloquent tribute and respected monograph, Anselm Kiefer is organized both chronologically and to reflect the artist’s recurrent motifs, including Nordic and Germanic mythologies, Jewish mysticism, the cosmos, the legends of the ancient world, and many more. Approximately 250 full-color images reproduce his art at the highest possible quality, to trace Kiefer’s creative evolution and reveal as fully as possible his works’ scope and power.

Lovely…Leads the reader through the dense symbolism and repeated imagery of Kiefer’s work.

Daniel Arasse taught art history at the Sorbonne and was Director of Studies at the École des Hautes Études en Sciences Sociales in Paris. He has published widely on the history of painting, including studies of Vermeer, Leonardo da Vinci, and Raphael.