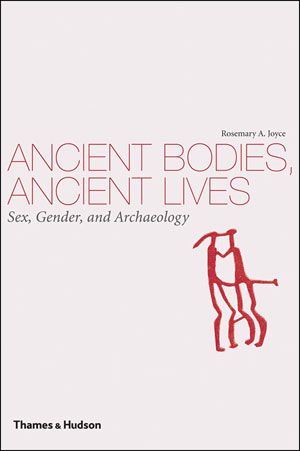 The ancient Greeks saw men and women as expressing varying degrees of a single sexual potential; many Native American societies considered sexual identity as something that changed and developed during a lifetime, and recognized three or four categories of sexual identity.

Ranging from the earliest European hunters who created the first human images known to us almost 30,000 years ago to the lives of men and women from the nineteenth and twentieth centuries who seldom appear in conventional histories, Ancient Bodies, Ancient Lives explores how men and women have represented sexual differences, and lived lives shaped in part by those differences.

Professor Joyce shows not only how archaeologists learn about the lives of men and women in the past, but also why the stories they can tell are important to hear today. She challenges us to reconsider how we think about sex and its implications for each person. Showing the critical role of the material world in forming our experiences of and concepts about sex, this book connects archaeology firmly to contemporary studies of material culture and identity.

Since it is well written and accessible, Ancient Bodies, Ancient Lives will be of considerable use… Joyce’s accessible and engaging style produces a work that educates and enlightens

Rosemary A. Joyce is Professor of Anthropology at the University of California, Berkeley, and a former museum director and curator at Harvard University and UC Berkeley. She has conducted archaeological fieldwork in Honduras since 1977 and her books include Gender and Power in Prehispanic America, The Languages of Archaeology, Embodied Lives, and Ancient Bodies, Ancient Lives.