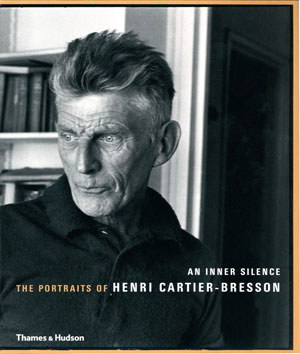 Henri Cartier-Bresson (1908-2004) was perhaps the finest and most influential image maker of the twentieth century, and his portraits are among his best-known work. Over a fifty-year period, he photographed some of the most eminent personalities of the era, as well as ordinary people, chosen as subjects because of their striking and unusual features.

Each photograph was chosen because it perfectly embodies Cartier-Bresson’s description of what he was attempting to communicate in his work: “Above all I look for an inner silence. I seek to translate the personality and not an expression.” The portraits reproduced here—discreet, without artifice—confirm once more the singular gift of Cartier-Bresson, who instinctively knew in which revealing fraction of a second to click the shutter.

The pose reflects nothing so much as motion stilled for a moment—and thereby, once caught on film, for an eternity.

The master of the 'decisive moment' brought the same ability to capture the essence of a situation to his portraiture.

Cartier-Bresson set out to unmask mysteries—the mystery of a photograph, of a human being who happened to be his subject that day and, perhaps, even of human connection itself.

Highly recommended for all libraries.

Agnès Sire is the Director of the Fondation Henri Cartier-Bresson.