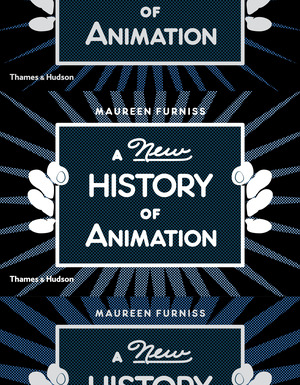 A New History of Animation guides readers through the history and context of animation from around the world. The book assumes no prior knowledge of the subject and explains all the key technical concepts, filling a gap in the market for a complete and well-researched animation history textbook that can be used by teachers in trade schools and universities worldwide, as well as by readers interested in the story of this evolving medium.

Topics covered include: early cinema and the foundations of the animation industry; animation as modern art and the emergence of the major studios; animation during wartime; stop-motion; new audiences for animation, in advertising, television, and games; animation from Eastern Europe; short films; computer-generated animation; international animation from Japan and elsewhere; and animation as an art form.

Maureen Furniss, PhD is an animation historian at California Institute of the Arts, where she teaches three different animation history courses. She is the founding editor of Animation Journal and the author of Art in Motion: Animation Aesthetics and The Animation Bible. She is a founding member and currently chairman of the board of the Society for Animation Studies, and she has received an award for her contributions to the field of animation from the Hollywood chapter of the International Animated Film Society.