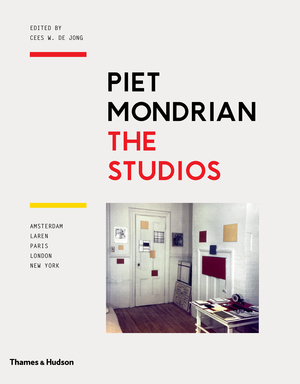 A unique exploration of the kinetic yet orderly work of abstract artist Piet Mondrian, inspired by the cities that influenced him

The work of Piet Mondrian (1872–1944), whose orderly black-and-white squares, punctuated occasionally by primary colors are instantly recognizable, played a crucial role in shaping the avant-garde art of the twentieth century. Each section of this visual journey through his life and career takes its inspiration from the location of one of Mondrian’s studios and traces his path from Amsterdam to Paris, and via the Dutch village of Laren to London and New York.

Each of these locations represents a distinct stage in the development of Mondrian’s art: from the naturalistic paintings of the 1890s and the experimental neo-Impressionist works of the early twentieth century to his involvement with the De Stijl movement and his famous grid paintings, and finally the bold dynamism of his late work in the United States, inspired by the rhythms of jazz and the buzzing metropolis. As Mondrian’s art took the simplification of form to an extreme, the walls of his studios became an ever-changing surface made up of cardboard rectangles painted in primary colors, white, and gray.

Illustrated by a wealth of paintings as well as personal photographs, documents, and texts written by Mondrian himself, the book captures every facet of this uncompromising artist’s quest to represent the spirit of the modern world.

Jong's focus on Mondrian's studio as a living representation of his philosophy and art practice is unique, and her method illuminates an important and underresearched element of Mondrian's history