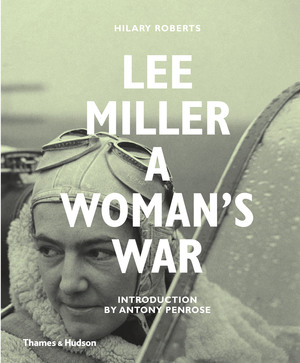 The first in-depth look at Lee Miller's perspective on women in the Second World War, as seen through her photography and commentary from experts in the field

Lee Miller photographed innumerable women during her career, first as a fashion photographer and then as a journalist during the Second World War, documenting the social consequences of the conflict, particularly the impact of the war on women across Europe. Her work as a war photographer is perhaps that for which she is best remembered—in fact she was among the most important photographers on the subject of the twentieth century. Published to coincide with an exhibition at the Imperial War Museum, Lee Miller: A Woman’s War tells the story beyond the battlefields of the Second World War by way of Miller’s extraordinary photographs of the women whose lives were affected.

Introductions by Lee Miller’s son, Antony Penrose, and author Hilary Roberts precede Miller’s work, divided into chronological chapters: Women Before the Second World War; Women in Wartime Britain 1939-1944; Women in Wartime Europe 1944-1945; and Women and the Aftermath of War. Miller’s photographs, many previously unpublished, are accompanied by extended captions that place the images within the context of women’s roles within the landscape of war.

Hillary Roberts is the Imperial War Museum Research Curator of Photography in the UK. She is a specialist in the history of war photography and an author.

Antony Penrose is a photographer and author. The son of Sir Roland Penrose and Lee Miller, he is director of the Lee Miller Archive and Penrose Collection at his parents’ former home, Farley Farm House. He has published a number of books, including a collection of his mother’s photography, Lee Miller’s War, and some children’s books.